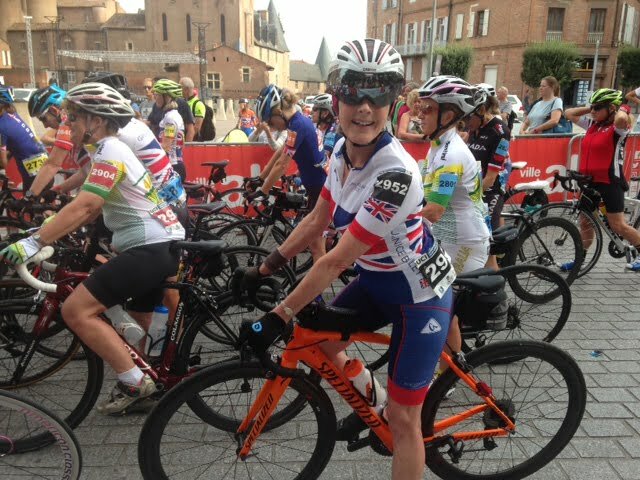 I recently competed in the UCI Gran Fondo World Masters Road Race Championship, held in Albi France, which is in the foothills of the Pyrenees. This is a really stunning city designated a World Heritage Site situated in the Tarn valley.

The start was in the city centre outside the 13th century brick built cathedral, again a fabulous location from where we rode 97 km on well surfaced roads to finish on the speedway track at the Expo Centre. The race was pretty well uphill all the way for the first half, then after a very long down it was hilly to to the end. That’s how it seemed to me in 37 degrees of heat, not the best temperature to race or even ride in. I felt good at the finish but I had been troubled but serious cramp towards the end.

Unfortunately, because there were only three entries in my age group, 70+ this out of 55 countries, my category was not created, as six entries were needed for this, so we were not listed in the results and no prizes were given.